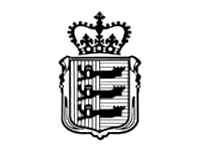 Royal Cinque Ports, known locally as 'Deal', hosted the Open Championship in 1909 and 1920. Played it at dawn a July morning and it was exhilirating. Deal is similar in style to its more famous neighbor, Royal St George's, where the best pros complain that you have to be on the right side of the odd bounces. You will seldom have a completely flat stance on the fairway. The greens are large, but they're protected by typical British links style pot bunkers, some of which are deep and devilish.