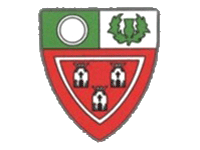 One of those old clubs that don't obviously cater to visitors. Great but difficult course with devilish bunkers and dunes pressing in from the sides. Classic out and back. Nary a perfectly flat fairway - you'll be hitting some iron shots from various unnatural positions. And when the wind comes in off the sea (it will, almost certainly), it brings in a whole new set of challenges.

Founded in 1780 it is one of the oldest golf courses and definitely known in Scotland. It's a traditional links golf course that's next to the North Sea. I absolutely love the entrance for some reason. There are many ups and downs in the course which is really tight with the "hard" high grass on the sides. I can't decide which nine are the hardest but the second nine undoubtedly give you the best views. As a traditional Golf club it is custom to wear a jacket and tie to be able to dine at the restaurant.

Its the sixth oldest course in the world and still holds up to a lot of challenges! Amazing Front 9 with tight Fairways and great views! The holes play with and then into the wind. So make ur acore on the Front 9.