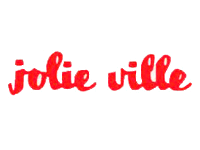 One of the best in Egypt

Like the other comment below I agree with the fact that Egypt has been trying really hard to become a well known golf destination, but unfortunately it's not at the same level of Morocco, but this course is an absolutely gem and beauty, not just for Sharm, but Egypt overall. It's a quite new course, opened only 20 years ago, but it has a great design and feel. Great use of Bermuda grass, which is great for the temperatures the course has to endure. Open wide fairways with many lakes that have been artificially inserted. Overall maintenance is good. The resort is spectacular.

Political unrest has undermined Egypt's bold effort to establish itself as a serious golf destination, which is a great shame as there are some excellent courses in the country. Jolie Ville is one of the best and has hosted a number of top tournaments including a European Tour Seniors event. Located on the coastal plain between imposing mountains and the deep blue sea, the course is as spectacular as its surroundings. Instead of simply moving earth to build mounds on either side of the fairways, as is the current fashion, here the raised areas ripple across the whole course and create a less artificial appearance and more natural feel.